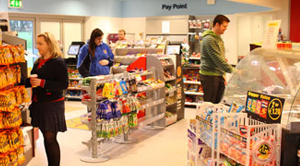 FREMONT, CA: There is nothing more the retailers want than accurate customer information. And the Madison based software startup Solomo has come out with a solution for this. Their software Solomo Exchange, which is the combination of the first two letters of Social, Location and Mobile; works like an indoor GPS system for location tracking of customers.

It tracks down the customer’s smartphones with sensors and gathers information anonymously. Everything from what product they are searching, how long they are spending on each product, popular stand and the like are collected. Solomo has been designed to be compatible with any hardware that is used for detecting signals from smartphones.

"You're going to be able to see the traffic patterns in your store and therefore certain locations are going to be more valuable to certain vendors, and they're going to want that space and pay for that space," says Clint Woodman, Vice President of the 15-store Woodman's supermarket chain.

Smart location features of the software Solomo are:


"You're going to have a lot of different sensors entering the market. There's an explosion of them, and we've built technology that will be able to sense all of them," says Patrick Vogt, Solomo's Board Chairman.

Security and privacy concerns were also raised on customer tracking by Senator. Charles Schumer which resulted in forming a voluntary code of conduct for providers of mobile analytics and Solomo is one of those firms that have signed up.

According to the code, each technology company needs to take reasonable steps to alert the customers when tracking is being done. “It also provides for a central registry where people can opt out of having their mobile devices tracked,” reports Rick Romell for Journal Sentinal.

Apart from location tracking, it also brings about direct customer engagement by sending messages to individual smartphone users based on where they're standing, provided the customers give their consent and download the supported app.

Solomo founder and CEO, Liz Eversoll believes that indoor location, which is in a nascent stage, will have an exploding market in the future. The other uses the software can be put to include managing conventions, through airports or hospital complexes, or providing information to managers of factories and warehouses.

Proven Tips to Protect Your Online Business Against External Threats

What Are The Most Essential Cloud Security Practices Firms Must...

Infortrend Eonstor GS All Flash U.2 Storage With 100Gb Ethernet...