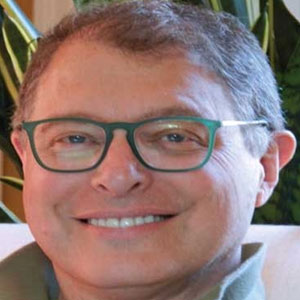 There are several things I’ve learned during my tenure in the Information Technology industry, not the least of which is contract negotiation. Below are 18 tips that can help you achieve mutually beneficial terms when it comes to negotiating software terms. If you already know these tips, then you probably have as many scars as I do.

1. Timing Ask when their fiscal year ends. Flexibility for terms and price are maximized at the end of your supplier’s fiscal year, and to a lesser extent, the fiscal quarter. If possible, delay until 2 or 3 days before the deadline.

2. Get all documents early Ask for all boilerplate documents (sales order, terms and conditions, maintenance agreement, license agreement, master service agreement, etc.) as early as possible in the sales process. If the supplier says he needs to learn more before configuring the details, ask for the standard forms with the specifics left blank. Get the forms in Word, not PDF. Use the Word redline function to show the changes needed and the questions you have. If the documents only come as PDF’s, convert them to Word yourself. The documents show whether the salesperson’s pitch is different from the company’s attempted practices.

3. Who takes the risk? Require payments be based on milestones achieved, not time and materials. Ensure timely delivery of the final step by proposing a holdback. Many suppliers warn their quotes will be higher if they take the risk, but they know their product better than anyone.

4. Mutual NDA Ask for a mutual non-disclosure agreement before any serious discussion occurs, When both parties sign, it eliminates excuses for not providing necessary documentation (see #2) and references (see #5). By the way, if the NDA provides for “return of confidential information” cross that out. Require destruction of confidential information. We live in an electronic, digital age. Seen anyone return electrons?

5. References All suppliers have best friends whose references are worthless to potential purchasers. Ask for a list (depending on the popularity of the software or hardware) of all customers lost in the past 3 years within your industry (retailing, manufacturing, transportation, etc.) if possible. Generally the supplier will tell you this is “confidential” or “never given out” and you can remind her/him that you have mutual NDAs. Explain you’ll contact no one without first discussing it with the supplier. When you get a “no can do”, ask who has the power to authorize your request, and speak to that person directly (not through a sales rep, not by e-mail or text). Explain you are getting the same info from the competition. Don’t accept a sales rep’s assertion that “none of MY accounts has ever been lost.” When references are checked, they’re often unusually worthwhile because they can compare the new supplier to the supplier candidate. Sometimes the supplier hasn’t been fired in 3 years. That’s terrific! Either way, tell the supplier that the representation has to be in the “warrantees” section of the contract.

6. Who’s the boss? Ensure you are negotiating with someone who can say “yes”. If the person is powerless, but offers to “represent” you, chances are slim you’ll get very far. Often the boss doesn’t want to admit to the salespeople just how far he/she will go to make a deal. Be careful of negotiating with the CEO, though. Except for very small organizations, this person is often used to having his/her own way, regardless, and often has a very big ego.

7. Keep the competitor list confidential Your suppliers know their competitors. Often, their people switch from one company to the other, or at least gossip with each other. Sometimes they fix prices and terms together. Don’t help them by telling them who they’re bidding against. Your RFP list should be secret. Even the number of firms on the RFP list should be a secret. If they object to a demand you make, gently but firmly tell them their chance of success rises the more competitive they are.

8. Pricing for the future Hold the price of maintenance, updates, engineering assistance by the hour, etc. to no greater than the rise in the Consumer Price Index, adjusted annually, after the first 3 years. Same with pricing for additional licenses or additional units of equipment. All this applies to the original term and any renewals.

10. We would never do that. We’ve never done anything like that in the past. We would be destroying our reputation if we did that. These are all irrelevant negotiating assertions made by suppliers. Everyone knows that suppliers are bought and sold, and executives come and go. Many suppliers destroy their customer relationships, regardless. You need a contract that spells it all out, even if “it’s never happened and will never happen.”

11. Who can understand this? Abbreviations must be spelled out at least once within the document. If the contract has any sentence longer than 3 lines, or any paragraph (that isn’t a list) more than 10 lines, those sections will likely be unclear to a third party, working sometime in the future, who wasn’t involved in the negotiation. If the contract isn’t clear, future disputes are likely.

12. Is this complete? Accepting a contract with a URL = accepting anything. The content of a URL can change anytime. Content can disappear. The purchaser has no control. If the draft contract includes URL’s, ask for the URL content to be put into the body of the contract, with the URL omitted. Is the operating environment completely spelled out, including all third party software and hardware versions, browsers, and exclusions? Does it need Flash? Microsoft X? Can it run on Linux?

13. What about technology updates and changes? Suppliers make updates. Suppose you’re a SAAS customer and the update isn’t compatible with your procedures or operating system version? Suppose changes are needed to avoid a patent dispute? Your contract needs to specify that if any changes aren’t reasonably acceptable to you, then they need to be delayed for X amount of time while you find another supplier (for the non-infringement changes), and then you can terminate without penalty (for all changes). Termination should include a refund of installation and licensing fees. Suppliers often offer a partial refund for the offending part of the system. But many systems are worthless without all the parts working together. Can you drive a car if the engine works fine but the steering is removed due to an alleged patent violation?

14. Notice Notice = serious, important communication. It should go via overnight courier (FedEx, Express Mail, etc.) Not e-mail (could go into a spam folder and be lost) or fax (could be lost or illegible) or certified mail (“certified” simply means there is a proof of mailing, not proof of arrival.)

15. Workmanship Fixes need to be pursued continuously, diligently, using appropriately qualified personnel, whether the issue is intermittent or continuous. And does everyone involved understand that 99.9% uptime = 43 minutes of downtime each month? That 43 minutes could be at the peak of Black Monday, so the sales loss could be murder.

16. Disputes Arbitration is often private, and bad publicity is what suppliers fear most. So don’t accept a mandatory arbitration clause.

17. Trade names Your e-mails, screens and reports should exclude all trade names except your own. B2B software isn’t sold to retail customers or store-level staff.

18. Use by competitors If the technology is truly unique, likely to remain unique, and your business use case is also fairly unique, think about restricting its use at specific, named competitors. These conditions occur only rarely, but when they do, a real competitive advantage can be preserved, for a while.

Disrupt Your Legacy Application Portfolio to Improve Security And...

Why a Credentialing Strategy Must be Part of Your Digital Strategy

The Convergence of IT with the Internet of Things Innovation

It’s On People: The Undeniable Cultural Impact in a Digital...

A Promising Road Ahead for Insurtech

Bolloré Logistics Australia becomes a global leader in the use of...