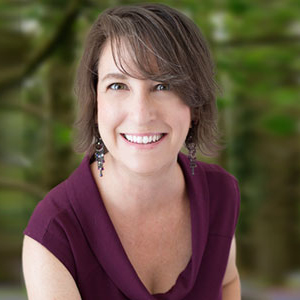 As an industry observer, I get asked often about trends in retail and what the future holds for the industry. It's a fun time to be involved in retail - in retail technology, especially - as the industry is undergoing one of the biggest transformations since perhaps the introduction of the barcode. Retailers have historically been skeptics of technology investments, and when they haven't been skeptical, they've been constrained by the challenge of implementing technology across a large base of distributed locations, namely, stores.

Consumers have taken control of their relationships with retailers, and are dragging many retailers, kicking and screaming, into future enabled by consumer-grade technology. Consumers expect an anytime/anywhere experience that is consistent no matter how they choose to engage with retailers, and they expect that it will increasingly be delivered via web sites at home and on mobile devices.

In retail, the biggest impact has fallen on stores. Stores were once the be-all, end-all of the customer relationship. Retailers advertised to drive customers to stores and then operated all of their shelf-level influence to shape customer purchase decisions within the four walls of the store. Employee expertise was paramount, and a reputation for low prices could be managed against an assortment, because once a consumer chose one retailer's brand over another, the retailer had a pretty solid lock on that consumer's business.

The internet, in combination with smartphones , has ended that supremacy. Stores don't need to carry a full assortment of goods, because less popular items can be ordered and fulfilled from the online store. Employees aren't experts any longer - they are facilitators. Customers have access to whatever set of experts they trust via social media and other customers through ratings and reviews. And price reputation might work for key items, but price transparency makes it increasingly difficult for retailers to compete on price alone. When you're competing against a handful of retailers on price, sometimes you win and sometimes you lose. When you're competing against the universe of retailers, accessed via helpful apps like ShopSavvy or RedLaser, you'll almost always lose - unless you're Amazon.

To cap it off, stores are at an information disadvantage relative to even the retailer's own online business. Online, retailers can track consumer behavior as they navigate pages and add products to shopping carts. They can understand, at a very minute level, how search relates to browse, and what browsing information is most important in converting a shopper to a buyer. And there is almost perfect visibility into every online purchase, as every order has to be shipped, requiring a name and an address.

Stores, on the other hand, are black boxes. Some retailers are able to count how many people come in and compare that to how many transactions were made, but after that, there are few retailers with extensive insights into the customer behavior that occurs in stores. And even where such insights historically have existed, they have been extremely expensive and time consuming to achieve.

And at the heart of all of these challenges that stores face lies the point of sale (POS) system, the one major technology investment that enables almost all stores. For some retailers, their POS is literally old enough to vote. It was built at a time when retailers didn't expect to need to know all of their customers all of the time, and certainly not in an age when they needed to know anything about customers that happened outside the store. POS was created to support stores as islands out at sea - connected to the retail enterprise via a tenuous data feed that supplied transaction details and not much else. Also, it was created at a time when the POS was the only direct source of customer information.

Today, many retailers not only have eCommerce sites that drive commerce in the online space, they might have made investments in mobile POS - a quick way to get around a lot of the store-heavy constraints that POS systems needed to impose long before clouds meant anything more than water vapor. That means multiple systems creating not just customer transactions, but in the case of eCommerce, also collecting an enormous amount of data about customer behavior and shopping patterns. POS can't collect that data, and it was never designed to consume it and use it.

Retailers are looking for something to replace POS - ideally something that, in combination with eCommerce, gives them one view of the customer. Something that delivers an information-rich experience in stores and leverages outside data to enhance both knowledge about that customer as well as ultimately, the customer relationship. But nothing has stepped up to offer a better alternative.

eCommerce solutions might seem like a natural place to look, but have not been designed for transactions where the customer is not known - like cash transactions at a POS. They're designed for security and completeness, not speed. And they don't have to operate in an environment where they must interact with a lot of peripherals, like cash drawers or receipt printers or payment terminals. And while mobile POS presents an opportunity for retailers to liberate their store employees from cash registers, many are not really designed to operate in either a high-volume environment, or an environment where connection to the host might get lost.

So retailers are playing a waiting game. They desperately want to improve the technology in stores, but they haven't found what they're looking for - a single customer interaction platform that can drive interactions with customers in any channel. eCommerce vendors are trying to figure out the store equation as fast as they can, and POS vendors are trying to become more eCommerce-like. But in the meantime, POS sits and gets older and older. Will 2014 be the year that retailers make their move? If they want to preserve the future of stores, they may find they can wait no longer.

Innovating The Single-Family Leasing Industry To Simplify The Home

How Technology Fuels The Future Of Work